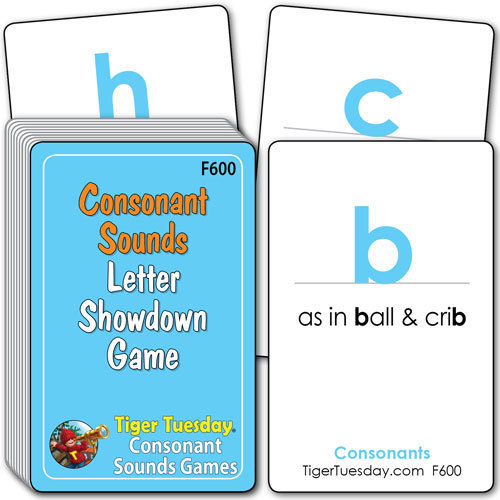 The Consonant Sounds Showdown Game is a self-motivated skill development letter recognition game that can be played by individual kids or students on teams. A "caller" says "Find the letter or letters that make the ending sound of the word X" and students find them from among a group of letter flashcards. One-on-one, students compete against their own previous timed performances. In group interactions, teams compete against each other to find the correct letter or letters first.